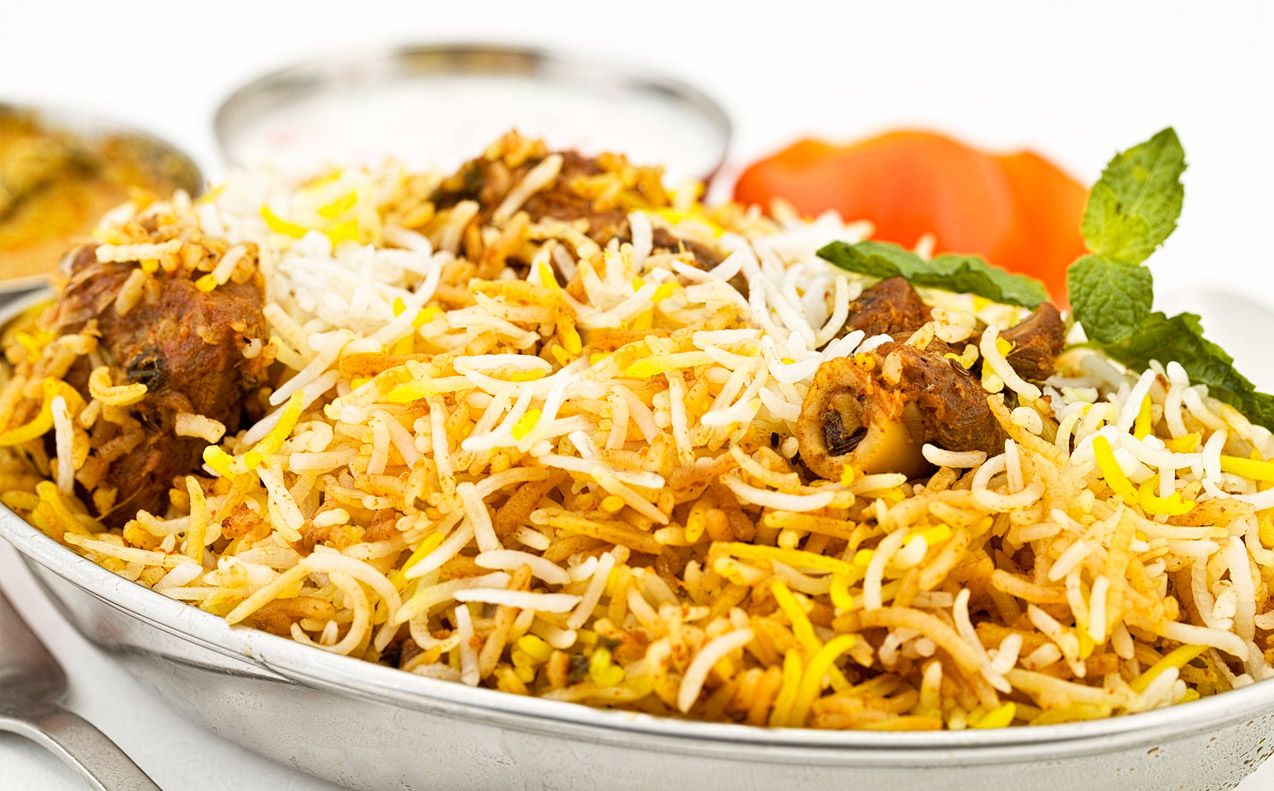 Hyderabad has always been irrevocably entwined with its food. In Charmaine O’Brien’s Penguin Food Guide to India, I read that Hyderabad state’s official flag had a symbolic representation of a kulcha. “It was there because, legend has it, the first Nizam consumed seven kulchas in the presence of a Muslim holy man who then prophesied that the Asaf Jahi dynasty would last for seven generations. It is fitting that the flag has bread on it – the Nizams certainly made Hyderabad famous for its food.”

Nizami courtly food was renowned for its ostentatiousness, “crushing pearls into dishes; distilling quail and venison into alcohol; and serving hundreds of dishes at banquets,” writes O’Brien. It was a meat-heavy cuisine, something that has passed down through the centuries (although thankfully the extravagance has been curtailed) and is manifested in the many non-vegetarian dishes that Hyderabad is today known for.

I fell into my love for Hyderabadi food much like everybody else – through the charms of its delectable kacche gosht ki biryani, an undeniably courtly dish that many believe has its origins in Mughal kitchens (although Pratibha Karan’s Biryani throws this belief into some disorder). Some people consider it to be India’s only proper biryani since it is made from raw meat and rice that are cooked together rather than the pakki biryanis that are made by layering separately cooked meat and rice together. The jury is still out on that one. Although kacche gosht ki biryani is the state’s most well-known biryani,Hyderabad (and Telangana) also have others: the celebratory Kabuli biryani that is pure vegetarian, the kairi ki biryani, the tart karonde ki biryani and the gentle-tasting doodh ki biryani.

It was in Nizami courts that Afghan, Persian and Turkish aristocrats came, bearing a wide variety of culinary influences. Naturally, Nizami food is where cultures met: the cuisine as it has come down to us, is a blend of Persian, Arabic, Mughlai and Turkish with traditional South Indian influences (Safedmirchi ka salan, for instance, is prepared using dry coconut and is the Hyderabadi biryani’s loyal sidekick). Intrigued by the various, seemingly disparate strands sewn together, I turned to The Jewels of Nizam: Recipes from the khansamas of Hyderabad, a book on rich, courtly Nizami food by Geeta Devi. Geeta Devi is a food consultant, instrumental in relaunching the Hyderabadi speciality restaurant named Jewel of Nizam and “hails from the Malwala family of the late Raja Dharam Karan of Hyderabad, who came to the city with Nizam ul Mulk, the founder of the state.”

About the author: Meher Mirza is an independent writer and editor, with a focus on food and travel. Formerly with BBC Good Food India, she loves anime, animals and artsy things but also comics, technology and death metal.